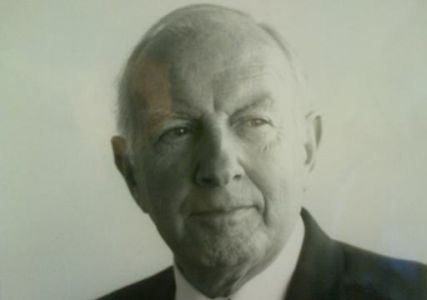 Director of Music Malcolm Singer writes: It is with great sadness that we inform you that Robert Masters died in Sydney, Australia on 22 April. Robert turned 97 years old in March and had been ill for some time. David Takeno, who saw him at the beginning of this month, said that, although Robert was very frail, his memory was ‘crystal clear’!

It is extraordinary that Robert should have died on Lord Menuhin’s birthday as the two men worked so closely together for so many years . In Unfinished Journey, Yehudi wrote:

'Two of the greatest joys in my life are my orchestra and my school, both of which owe their development as much to him (Robert Masters) as to anyone……There is no other person with whom I have shared as many ideas on the violin, on interpretation, and on music in general….. or in teaching children to enjoy playing the violin….Robert Masters has become a pillar of strength upon whom I lean unashamedly.'

Robert taught at the Menuhin School for 18 years and was Director of Music from 1969 until his retirement in 1981. His contribution to the founding of the school was enormous and he was greatly admired and loved by many generations of young musicians who came under his guidance. He and his wife Noel (who is now 90 years old) paid one last visit to the school in July 2011, attending the Summer Festival Concerts in The Menuhin Hall.

The School’s performance of the Fauré Requiem on Sunday 27 April will be dedicated to Robert’s memory.