Home > News > To the Pantomime 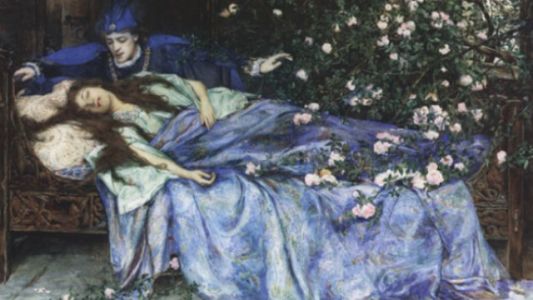 Eddie Mead (11) writes: On the evening of 23 January the ‘D’ Group, together with Janet and Philippa, set out on the minibus and, after we managed to park, we went into the Nomad Theatre in East Horsley. The beginning of the pantomime Sleeping Beauty was slightly odd, but after a short time I thought it was brilliant for such a small theatre. It was completely different to the normal Sleeping Beauty story and it was very exciting to see a new version of it!

The theatre we went to was brilliant because every row was higher than the row in front so everyone could see really well! The costumes were a lot of fun and they were appropriate for an old and beautiful style. The special effects were amazing. For example they created smoke in the Forest of Doom. The smoke was only used occasionally which made it very exciting and the scenery fitted in very well with all the effects.

Musically it was fantastic from such a small band and the dancing went very well with it. There were just a few little mistakes from the actors, but they kept going extremely well. They made us, the audience, feel very much part of the show and in some parts we were even included. Sebastian and Alfie went on the stage and did a chant with some of the actors which is not something you see in theatres every day. The actors’ lines also included conversations with the band about whether the music was appropriate or was it what they wanted.

It was a great night out at the theatre and if you ever get the offer to go there I would take it!