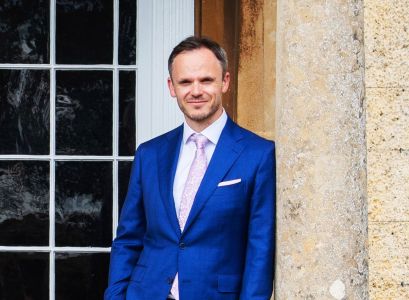 We are delighted to announce the appointment of Ashley Wass as Director of Music at the Yehudi Menuhin School. He will take up his appointment at the start of April 2020.

Ashley has a wonderful career as a pianist, both as a performer and recording artist, and in music education. He is currently Deputy Head of Keyboard Studies at the Royal Northern College of Music in Manchester and was Professor of Piano at the Royal College of Music from 2008-2018.Alongside his work as soloist and chamber musician, Ashley is co-founder of Mash Productions and was Artistic Director of the Lincolnshire International Chamber Music Festival for eleven years and helped develop the festival into one the UK’s leading events.

Ashley studied music at Chetham’s School of Music, then followed a scholarship at the Royal Academy of Music. In 1997 he won the London International Piano Competition. His debut recording was a highly praised CD of César Franck piano music, released in 1999. He was also a prizewinner at the Leeds Piano Competition, and is a former BBC Radio 3 New Generation Artist. He made his BBC Proms debut in 2008 with Vaughan Williams’ Piano Concerto, and returned in following seasons to perform works by Foulds, Stravinsky, Antheil, and McCabe.

An active chamber musician, Ashley is a co-founder of Trio Apaches, alongside the violinist Matthew Trusler and the cellist Thomas Carroll. The group has broadcast frequently on BBC Radio 3, including Beethoven’s Triple Concerto with the BBC NOW, and is renowned for its imaginative programming and engaging stage presence.

His interest in young people’s musical education, his creative instincts and his wealth of relevant expertise and experience are warmly welcomed and we look forward to Ashley’s tenure as Director of Music at The Yehudi Menuhin School.