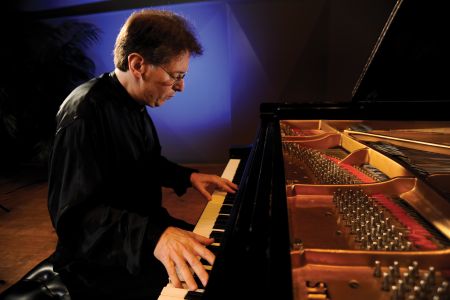 Rounding out our good news, we are deeply honoured to announce that renowned pianist, conductor and musicologist Professor Robert Levin has agreed to become a Musical Patron of the School.

Pianist Robert Levin has been heard throughout the United States, Europe, Australia, and Asia, in recital, as soloist, and in chamber concerts. Levin is renowned for his restoration of the Classical period practice of improvised embellishments and cadenzas; his Mozart and Beethoven performances have been hailed for their active mastery of the Classical musical language. He has made recordings for DG Archiv, CRI, Decca/Oiseau-Lyre, Deutsche Grammophon, ECM, Klavierfestival Ruhr, New York Philomusica, Nonesuch, Philips, and SONY Classical. Among these are the complete Bach concertos with Helmuth Rilling as well as the English Suites and the Well-Tempered Clavier (on five keyboard instruments) for Hänssler’s 172-CD Edition Bach­akademie. He has also recorded the complete Beethoven cello and piano works for Hyperion with YMS Musical Patron Steven Isserlis.

Robert Levin studied piano with Louis Martin and composition with Stefan Wolpe in New York. He worked with Nadia Boulanger in Fontainebleau and Paris while still in high school, afterwards attending Harvard. Upon graduation he was invited by Rudolf Serkin to head the theory department of the Curtis Institute of Music, a post he left after five years to take up a professorship at the School of the Arts, SUNY Purchase, outside of New York City. In 1979 he was Resident Director of the Conservatoire américain in Fontainebleau, France, at the request of Nadia Boulanger, and taught there from 1979 to 1983. From 1986 to 1993 he was Professor of Piano at the Staatliche Hochschule für Musik in Freiburg im Breisgau, Germany. President of the International Johann Sebastian Bach Competition and a member of the American Academy of Arts and Sciences, he was Dwight P. Robinson, Jr. Professor of the Humanities at Harvard University until his retirement.

We look forward to his next visit to the School.