YMS students through to finals 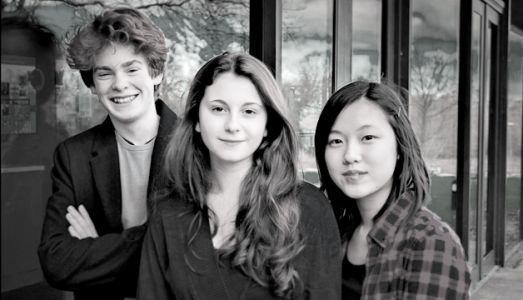 Many congratulations to YMS students Coco Tomita (13) and Louisa Staples (15) on being selected to compete in the final stages of the Menuhin International Violin Competitions from a record 300 applicants. Coco will compete in the junior section and Louisa in the senior - the youngest of the senior finalists. We were delighted, too, to learn that recent YMS alumna Juliette Roos has also won through to the senior final. Well done to them all.

School students, staff and alumni will feature prominently in this year's competition which will be held in London in April.

YMS alumni Tasmin Little and Jeremy Menuhin are both on the competition jury and will perform in concerts in the competition venues throughout the week (on 7 and 9 April respectively). In addition, the School is delighted to be hosting a concert in The Menuhin Hall on Tuesday 12 April at 8.00pm, when juror Joji Hattori (violin) will perform with the School orchestra in a programme of Mozart, Bach and Elgar and Bartok.

YMS students will also form the orchestra which will play Vivaldi's Four Seasons with the competitors who reach the junior final on Friday 15 April. The concert takes place at the Duke's Hall at The Royal Academy of Music and also features the world premiere of a piece for solo violin specially commissioned from YMS music teacher Dr Oscar Colomina i Bosch.

In addition YMS cello teacher Thomas Carroll will be conducting his Orpheus Sinfonia, along with the winner of the junior competition, in a Family Concert at 7.30pm on 16 April in the Royal Festival Hall.

It promises to be a very special week!

Louisa Staples has also won through to the String Category final of this year's BBC Young Musican competition, along with cellist Joe Pritchard (16). It has been some years since the School last had two representatives involved at this stage of the competition. They will be hoping to emulate the success of YMS alumnus William Dutton who won the string category final two years ago. Very many congratulations to Louisa and Joe: we are very proud of them.