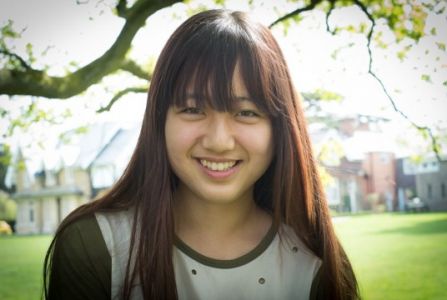 We are very proud of our three contestants SongHa Choi, Louisa Staples and Coco Tomita who performed so outstandingly throughout the ten days of concerts, masterclasses and competitive rounds that were part of the Menuhin Competition 2016.

To be accepted as a competitor was the first significant achievement – over 300 applications were received from young violinists under the age of 22 all around the world. Both Louisa and SongHa were accepted through to the semifinal stages – with Louisa being the first British contestant to have done so for 33 years. SongHa was selected as one of the four finalists to perform a full concerto with the Royal Academy of Music Symphony Orchestra at the Royal Festival Hall on Saturday 16 April where she gave a stunning performance of Prokofiev’s Violin Concerto in D minor to take second prize in the competition. In doing so, she won the hearts of the audience and received the Idagio Audience Award as a result.

Chief music critic for The Times Richard Morrison, described her performance as “mesmerising: full of passion, imagination and daring.”

All contestants were required to be part of the publicity leading up to the event. Our pupils again showed great poise and professionalism, happy to busk at St Pancras, play live on Sky TV and appear on BBC 1’s The One Show.

In the interview, SongHa describes how much she enjoyed the competition and the opportunity to meet the other competitors. She also talks about her choice of concerto for the final, her forthcoming GCSEs and her admiration for Yehudi Menuhin, the musician and the man.

Read and watch a BBC Arts articleHighly strung: What does it take to win the Menuhin Competition?