At present there are fourteen pianists in the School. They all receive two hours of tuition per week from their principal teacher, as well as participating in a class lesson and receiving a further hour from the assistant teacher.

In addition, all the string players receive one lesson per week from one of two supporting studies piano teachers. 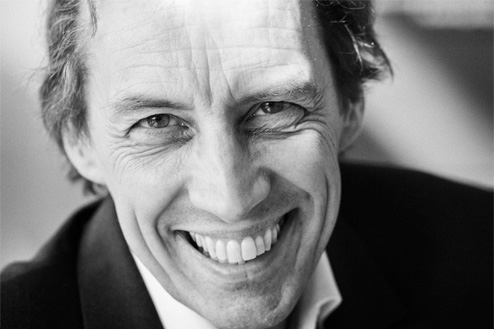 For nearly two decades now, Marcel Baudet has been a Principal Teacher of Piano at The Yehudi Menuhin School, but has been a regular visitor to the School since 1980.

He studied piano, music theory and conducting, but also completed an academic study in Socioeconomic History at the University of Groningen. For a short period, he took part as an historian in a research project at the University of Rotterdam. For 35 years, he held a professorship in piano at the Royal Conservatory in the Netherlands and at the Conservatory of Amsterdam. He gave many international masterclasses and workshops in Europe, the USA and Russia. He was a regular jury member in a range of national and international piano competitions, and taught summer courses in France, Spain and Switzerland.

Marcel Baudet’s main influences are Vlado Perlemuter, Louis Kentner and György Sebök. He translated Perlemuter’s Ravel d’après Ravel in Dutch. Between the 70’s and early 90’s, he regularly performed both as a soloist and in chamber music ensembles. In his student years, he was engaged as orchestra pianist in the Noordelijk Filharmonisch Orkest (NFO). In recent years, he has mainly devoted himself to his lifelong passion for teaching, with occasional performances, such as with Jean Bernard Pommier in 2018.

In 1995 he received the national Buma/Stemra Award for film composition. He wrote several film scores, but also classical pieces for piano and made some arrangements for two pianos. He composed a jazz-influenced classical piano piece, El Mestengo, which has been recorded by pianist Graham Caskie.

In 1999, he founded the Young Pianist Foundation (YPF) and has been its Artistic Director for the past twenty years. He created the YPF Piano Competition Grand Prix Youri Egorov, and commissioned piano concertos from Dutch composers Hans Kox, Klaas de Vries and Elmer Schönberger. As an editor of the Piano Bulletin of the European Piano Teachers Association (EPTA), Marcel Baudet wrote a series of articles and interviews on music, pedagogy and piano playing. 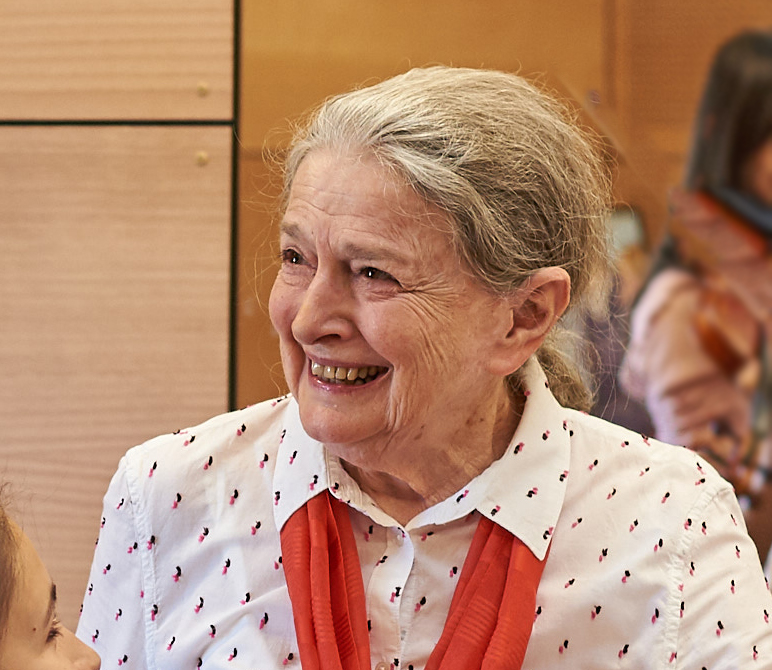 Ruth Nye was invited to study in New York with Claudio Arrau after the Maestro heard her perform in Melbourne, Australia. A close friendship and musical relationship developed which included accompanying him on countless tours around the world and lasted until his death some thirty years later.

After her work with Arrau she made London her home and a full international performing career followed which included six recitals at the Queen Elizabeth Hall, and five recitals at Wigmore Hall. Ruth was also one of two pianists selected by Arrau to play at the Beethoven bicentenary celebrations in Bonn in 1970. Her career took her to all continents except South America and included four performances of Beethoven concerti with Sir Malcolm Sargent and the first performance of Malcolm Williamson's 3rd Piano concerto.

Ruth has taught at The Yehudi Menuhin School since 1991 and was on staff at the Royal College of Music from 2001 until 2016.

"'Ruthie' is regarded as an Arrau disciple, spreading his gospel. But that is only part of the story. She may impart his approach to technique and tone production, musical shaping and thought, but she is also great at observing her students’ innate personalities and keyboard possibilities, developing their individual talents purposefully."

Ruth's biography, 'A Life in Music Ruth Nye and the Arrau Heritage' is available on Amazon.https://www.amazon.co.uk/Life-Music-Ruth-Arrau-Heritage/dp/1781485534 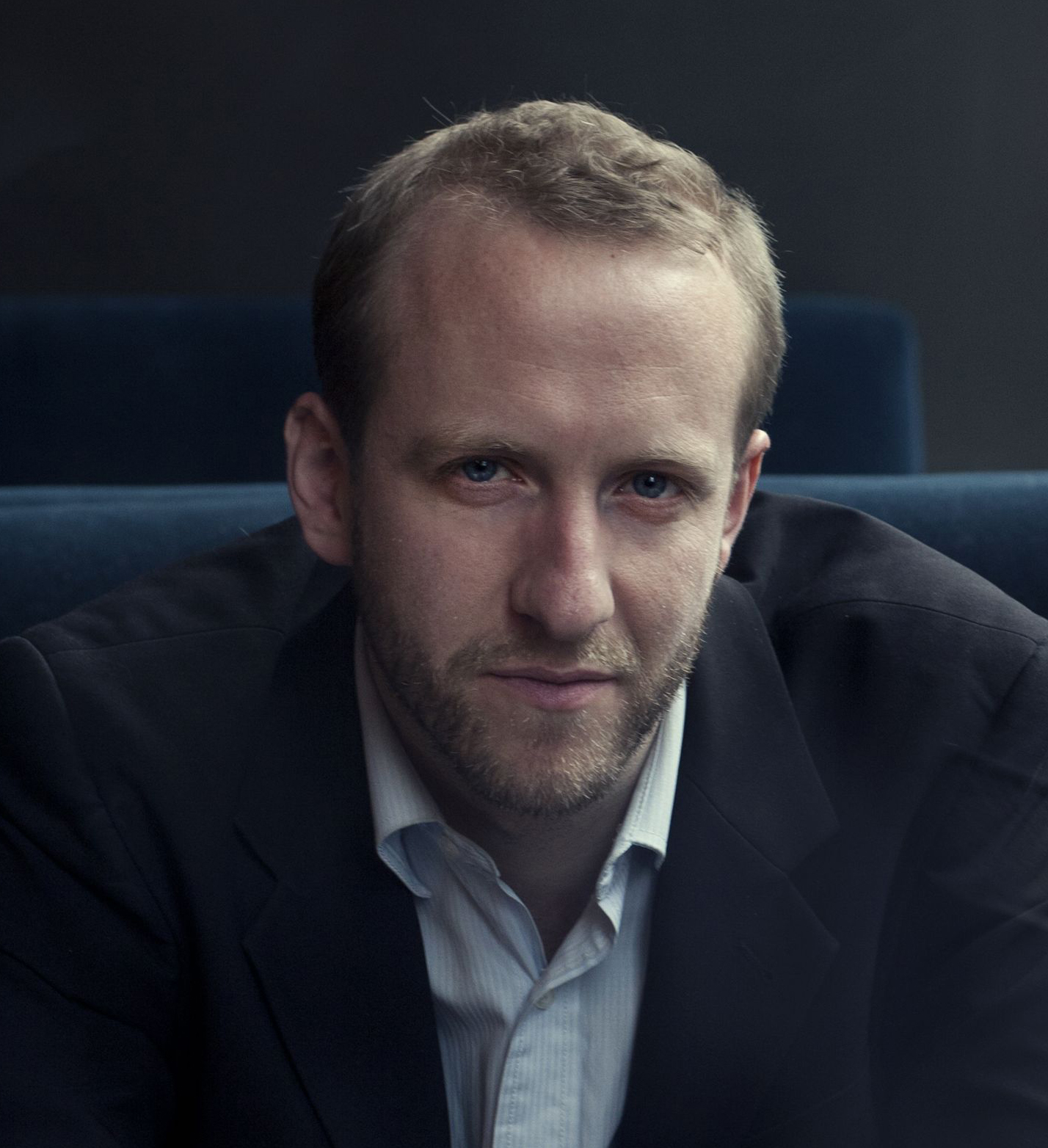 John Turville has developed a reputation as ‘one of the leading jazz pianists of his generation’ (Ian Mann). After studies at Caius College, Cambridge (where he was a choral scholar) and the Guildhall, he quickly established himself as a performer and composer on the European scene. John has recorded three albums as a leader which have won multiple awards including MOJO’s #3 Jazz Album of the Year, and ‘Best Album’ in the Parliamentary Awards 2011, the 2009 PRS Promoter’s Choice Award. John was also awarded the ‘Best Instrumentalist' prize in the inaugural 2010 London Jazz Awards. More recently, John completed a 20-date Arts Council Tour with his quintet around the UK in 2019, touring his album ‘Head First’. This was the only jazz event featured in The Guardian’s weekly guide, and received four-star reviews in The Guardian, Jazzwise, BBC Music Magazine and regular radio play on Radio 3 and Jazz FM.

John is also an in-demand sideman, regularly touring Europe and Asia. He has recorded over 30 albums with many established jazz and tango artists, including Tim Garland, the Yuri Goloubev Trio, Alan Barnes, the BBC Singers, Thomas Gould, Will Todd, Transtango, the London Tango Orchestra, El Ultimo Tango, the Matt Ridley Quartet and many others.

John co-runs the E17 jazz collective and jazz festival, as well as conducting and composing for the 13-piece E17 Large Ensemble, his tango quintet ‘Almagro Ensemble’ and the co-led sextet ‘Solstice’, who’s debut album ‘Alimentation’ was released in 2017, also accompanied by a 20-date Arts Council tour. Their second album is due for release in 2021 on the Ubuntu label.

John is an experienced composer for strings, voices, jazz and tango ensembles, and was recently commissioned to write a new work for his tango quintet with the contemporary tango dancer Richard Manuel. John has also been commissioned to arrange a number of crossover works, including Schumann’s Liederkreis and the Debussy Preludes for jazz ensemble, voices and multiple pianos. John is also a passionate educator; in addition to his work at Yehudi Menuhin he also teaches at Birmingham Conservatoire, Royal Holloway, and the Purcell School.

John is a regular coach on masterclasses in Germany (Saarwellingen), a visiting professor at the Concertato Masterclass (Anacapri) and has been on the panel for a number of awards, including the PRS ‘Help Musicians UK’ fund and the Worshipful Company of Musicians finals. John is also the external adjudicator in jazz piano at Trinity Laban. 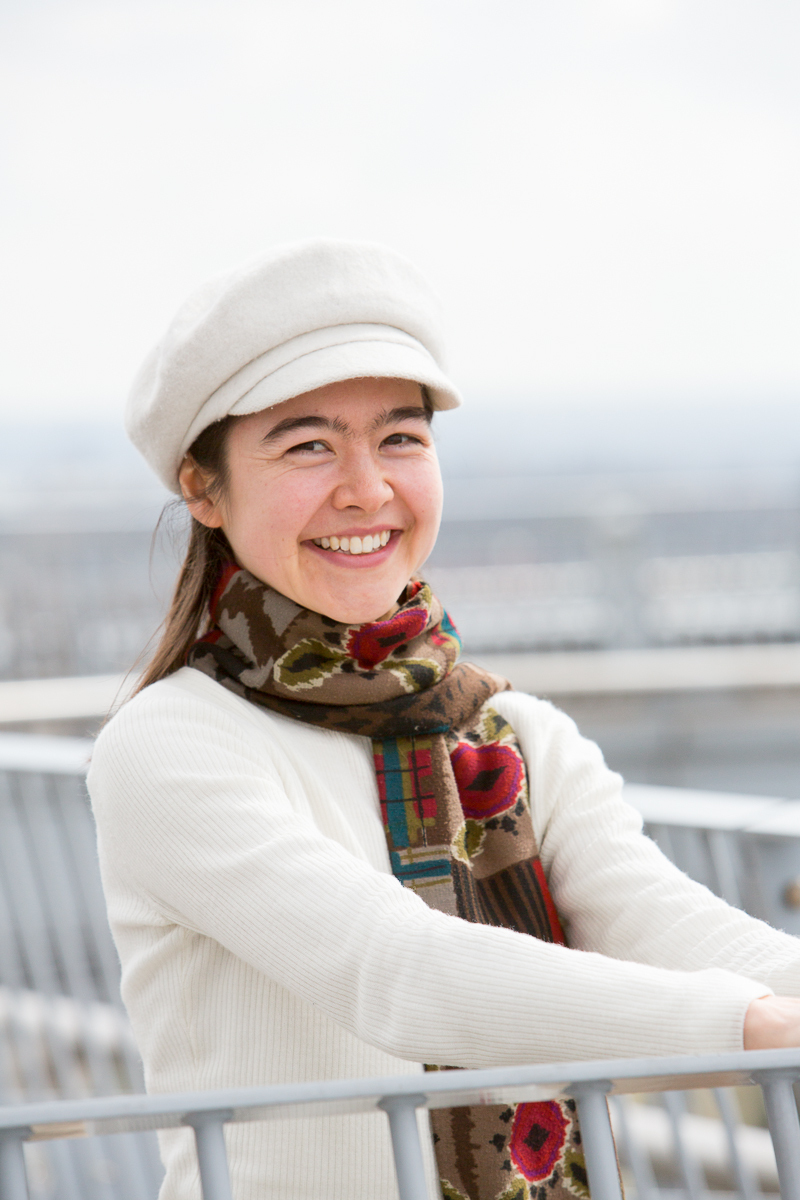 Mariko Brown began her piano studies with Martyn Dyke, at the age of six, with whom she performed regularly including at the Fairfield Halls, Croydon, as well as for many outreach community projects. She made her first concerto appearance age nine under Dr.Ruth Gipps, subsequently going on to study at the Guildhall School Junior Department with Professor Joan Havill where she won the prestigious Lutine Prize. This led to concerto appearances at the Barbican Hall and St.Giles Cripplegate as part of the City of London Festival. During this time she also took up composition with Gary Carpenter, receiving a prize for her Oboe Sonata. She was awarded the Principal’s Prize on graduation from the Junior Department and went on to continue her studies at the Senior Department, with both teachers and also Simon Bainbridge, graduating in 2000. Her Piano Sonata, commissioned and performed by Helen Reid, in 2004, was premiered at Bridgewater Hall, Manchester.

More recently her piece for piano four hands "Travels Through a Mist of Chinese Mountains", written for her duo with Julian Jacobson, has received critical acclaim. The duo, formed in 2011, has established itself as an ensemble of rare distinction, vitality and originality.

A dedicated and sought-after teacher, Mariko taught for many years at Junior Guildhall and currently teaches at the Yehudi Menuhin School. 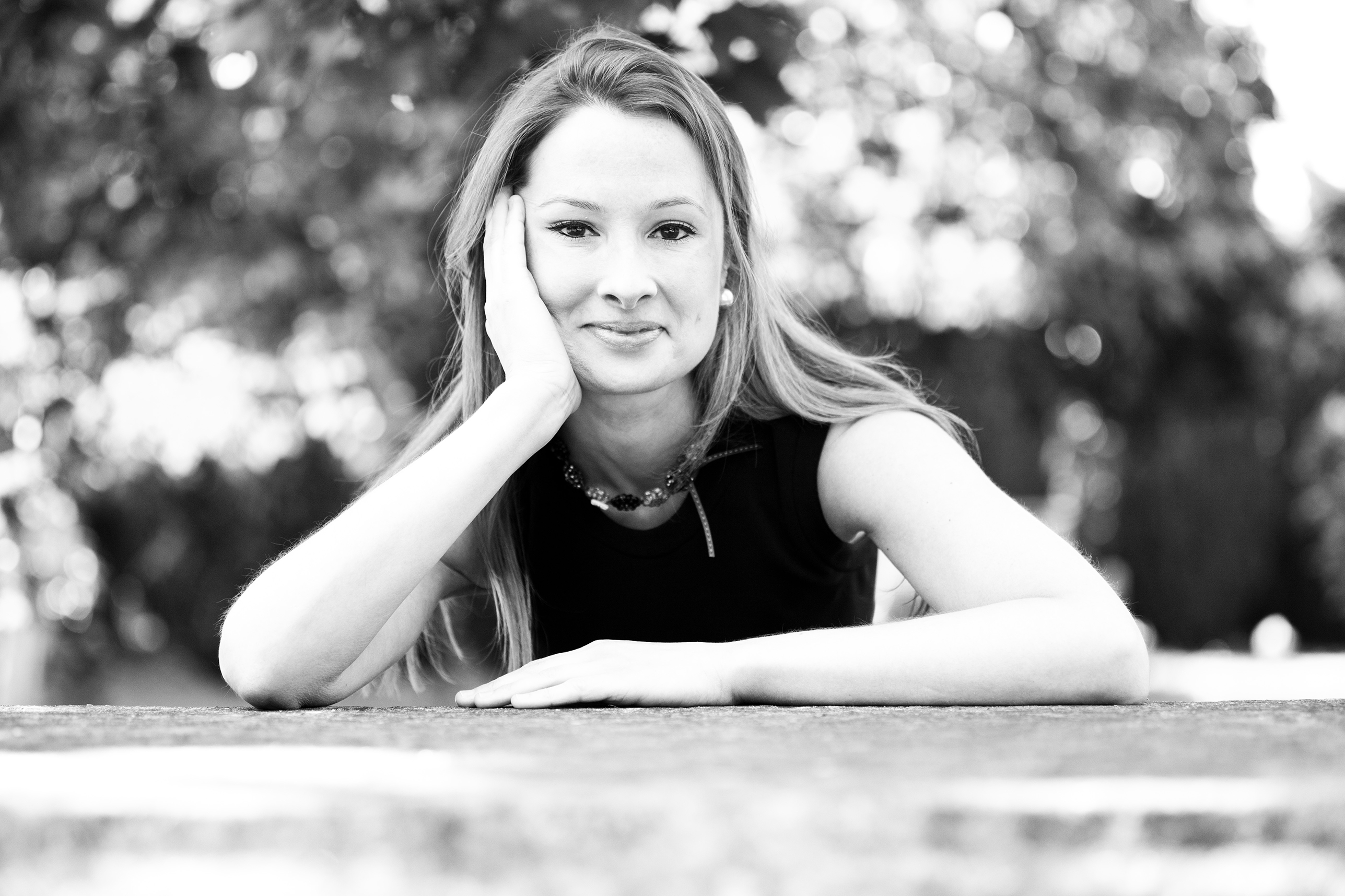 Pianist Alexis White studied at The Yehudi Menuhin School with Nikolai Demidenko and Ruth Nye, the Royal Northern College of Music with Renna Kellaway and the Eastman School of Music, USA with Barry Snyder.

The winner of many prestigious prizes and scholarships, most notably first prize in the 7th Noyers International Piano Competition in France, Alexis has given recitals and concerto performances throughout the UK and abroad. In January 2018 she was invited to give a week of masterclasses in China followed by a recital which was broadcast live on Chinese television. She has collaborated with many distinguished artists including Rafal Zambrzycki Payne, Guy Johnston, Jiafeng Chen, the Sacconi and Navarra Quartets and the Galliard Ensemble. Alexis has broadcast for Scottish Radio, Classic FM and Radio Suisse Romane and featured for several years as a Countess of Munster artist.

Alexis has taught at Ampleforth College, Giggleswick School and was previously the Head of Keyboard at Bradfield College, Berkshire and a staff pianist at the Royal Northern College of Music in Manchester.

In addition to teaching at YMS, Alexis is currently Head of Keyboard at St Paul’s Girls’ School and is an examiner for the ABRSM.

Nigel Hutchison graduated with a first class honours degree from the University of Glasgow, followed by intensive study with Craig Sheppard at the Guildhall School of Music and Drama with help off scholarships from the Scottish International Education Trust and the Sir James Caird Trust. A Fulbright scholarship subsequently enabled him to study with Earl Wild at the Juliard School in New York.

Since his acclaimed Wigmore Hall debut, he has performed throughout Europe, the Far East and the USA and has given concerts in all the major halls in the UK as both soloist and chamber musician as well as broadcasts for the BBC and various radio and television stations in Italy, Ireland, the Czech Republic, Poland and China. He has performed with the London Mozart Players, the Royal Liverpool Philharmonic and Royal Philharmonic orchestras amongst others and has recorded Saint-Saëns’ Carnival of the Animals with the London Symphony Orchestra.

Born in Japan, Miho Kawashima began her studies with Ruth Nye in London, England in 1996, and in 2002 gained a place at the Yehudi Menuhin School.

Her numerous concerts include performances in Japan, Holland, Turkey, Estonia, France, Belgium, as well as prestigious venues within London, including the Royal Festival Hall, Fairfield Halls, St James’ Palace, St. John Smith's Square, the Queen Elizabeth Hall and Steinway Hall. She has taken part in masterclasses with many renowned musicians including John Lill, the Beaux Arts Trio and Sir Colin Davis. In September 2006 she was awarded a scholarship to the Royal College of Music where she continued her studies with Ruth Nye, graduating with an Honours BMus Degree in Performance. In 2013, she completed her Master studies at Universität Mozarteum in the class of Pavel Gililov. Concerts since include concerto performances in London and Germany, and a wide range of solo and chamber music concerts in the UK, Europe and Japan. Miho regularly performs as a violin and piano duo with her sister, Kana Kawashima, a fellow alumni of the Yehudi Menuhin School. 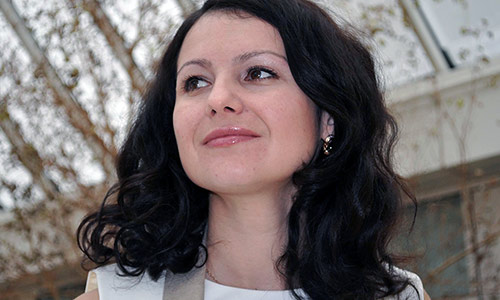