If a pupil joins us already having studied the harp, the School can arrange for them to continue lessons with our own teacher as a supporting study, receiving one lesson per week. Such students frequently perform in chamber groups with other pupils from the School. 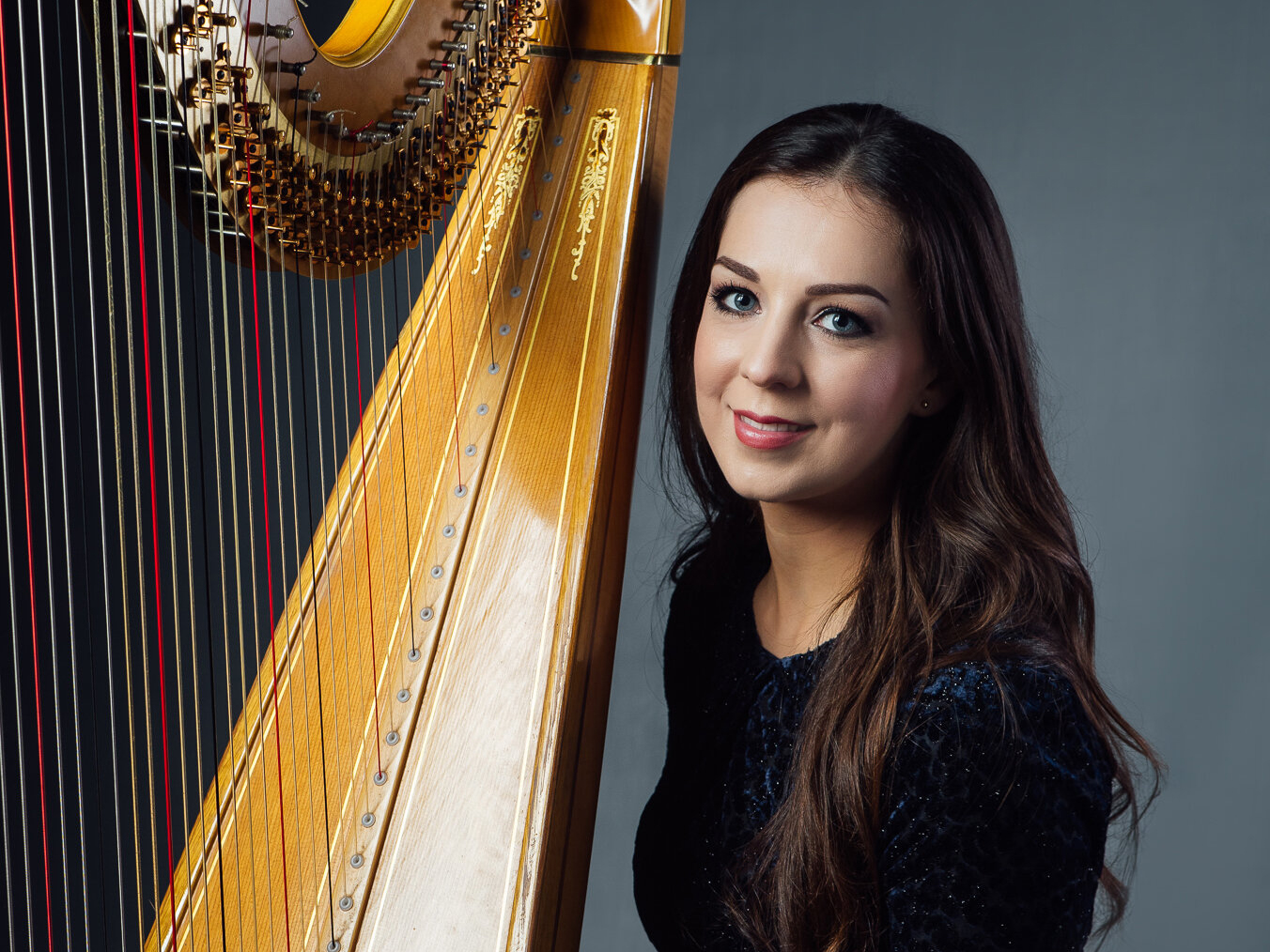 Originally from Pembrokeshire, West Wales, Isabel started harp lessons at the age of 12. Picking up the harp very quickly, she soon joined the junior programme at the Royal Welsh College of Music & Drama, travelling to Cardiff each Saturday for lessons. Isabel went on to study at Chetham’s School of Music in Manchester with Eira Lynn Jones and Gabriella Dall’Olio.

Leaving Chetham’s, Isabel accepted a place to study at the Royal College of Music in London, where she graduated in 2016 learning with professors Ieuan Jones and Rachel Masters.

Isabel went on to complete her Master’s degree at the Royal Academy of Music, studying with Charlotte Seale, Karen Vaughan & Skaila Kanga, and graduated in 2018. Isabel is grateful to have received scholarships from the RAM, the Craxton Memorial Trust, Mario Lanza Educational Foundation, Mansel Thomas Trust and the Milford Haven Port Authority Scholarship.

Whilst in London, Isabel has performed in all the major concert halls including the Royal Albert Hall, Royal Festival Hall, Cadogan Hall, Wigmore Hall and the Barbican under several world-renowned conductors. Isabel regularly plays with top orchestras in London and surrounding counties and has worked on collaboration projects with the Philharmonia, English Touring Opera and the London Philharmonic Orchestra as part of their Foyle Future First Scheme.

Isabel has performed with ensembles and as a soloist on BBC, BBC Radio, S4C & Channel 4 and Welsh appearances include performances at the 2019 Welsh Proms at St David’s Hall Cardiff, Brangwyn Hall, Aberystwyth Music Festival and St Davids Cathedral Festival.

Alongside her performance schedule and her work at YMS, Isabel teaches privately as well as being appointed harp teacher at Stowe School in Buckinghamshire and at Rupert House School in Henley on Thames.